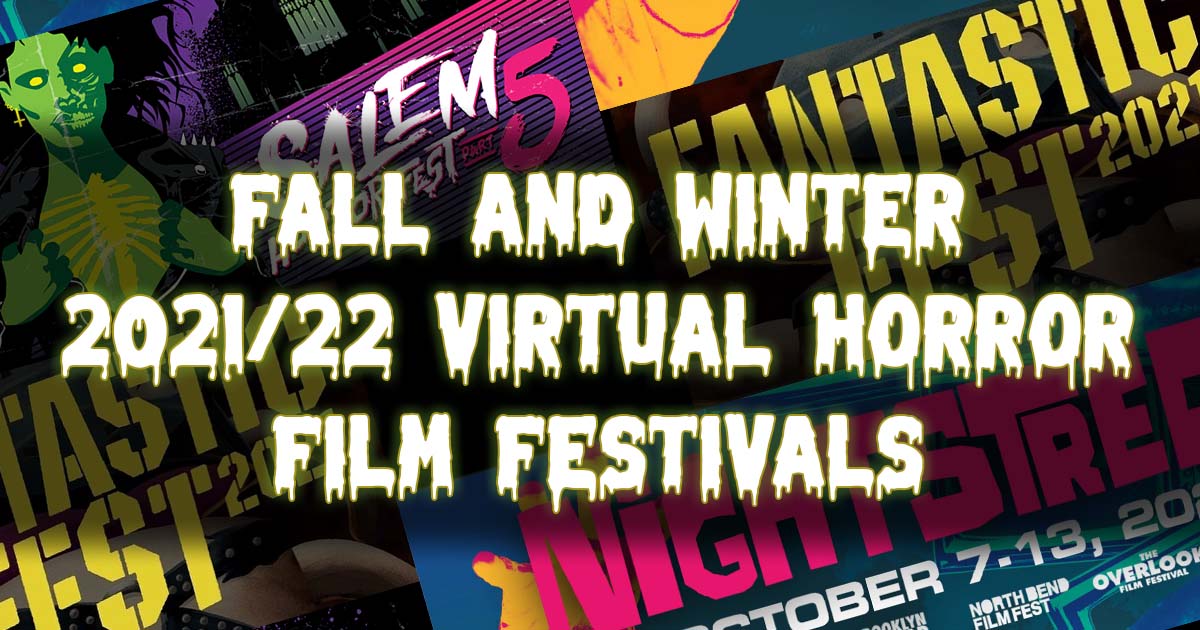 I’m sure at this point you know that we are about to enter the final month of the 2021 iteration of the 100 Horror Movies in 92 Days. Over the past year, I’ve attended a bunch of virtual horror film festivals or festivals that have had horror offerings. Getting to attend festivals that I would otherwise not have the opportunity to visit has been one of the small silver linings of the pandemic.

I thought it would be awesome to round up a list of festivals that will be going on between now and the early part of January.

I hope everyone enjoys this list and hopefully, I’ll find more festivals to add to it! I have tickets already for Nightstream and Salem Horror Fest so with any luck I’ll see some of you there! Stay tuned, because as I attend, I will have reviews and “best-of” lists and you won’t want to miss them!