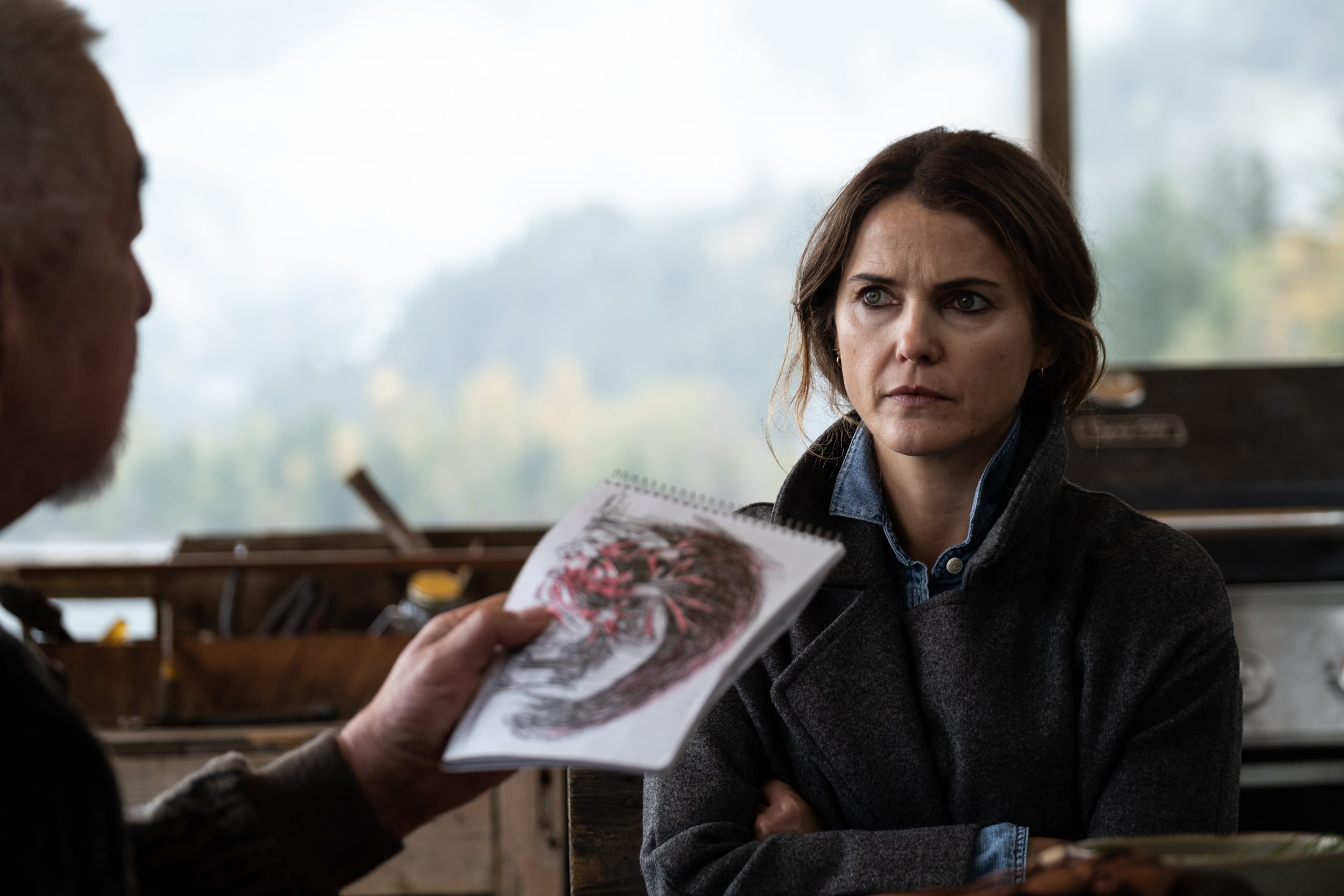 Keri Russell in the film Antlers.

Antlers is finally making its theatrical debut! The film was due to come out last year but as with a lot of other releases, it was delayed due to the COVID pandemic. There has been a ton of excitement surrounding Antlers, but the question is, does it live up to the hype? I’d say in some areas, yes and in others, no.

In Antlers, “a young teacher discovers that her troubled student’s father and younger brother harbor a deadly supernatural secret. Taking the boy into her care, the teacher must fight for their survival against horrors beyond imagination.”

After reading my intro, you’re probably sitting there thinking that I’m going to tear this movie apart. That’s not the case. It’s not a terrible movie. It’s not even a bad movie. It just isn’t amazing. I’ll start with what didn’t work for me so I can end on a positive note. First and foremost, for a film about a creature from Indigenous folklore, I’d have liked to have seen more Indigenous characters, especially given the region where the film takes place. I understand that this is an adaptation of a short story but I think that more representation aside from a character that is used to impart the legend of the Wendigo would not hurt this adaptation in the slightest.

The film is undeniably beautiful but the color palette used, the types of visuals of the Pacific Northwest, and the score give this film a definite Twilight vibe. Not to mention, the one Indigenous character that has lines, Graham Greene, was in the Twilight movies. If this was a horror adjacent film aimed at teens, this might not be terrible. However, I did leave the theater thinking about the many similarities in the visuals and the score. Additionally, I feel like this movie would have benefited from some more editing because there were parts that dragged a bit and ended up killing some of the tension instead of enhancing it. The film touches on themes of grief and loss but doesn’t execute them as well as other films such as The Night House. 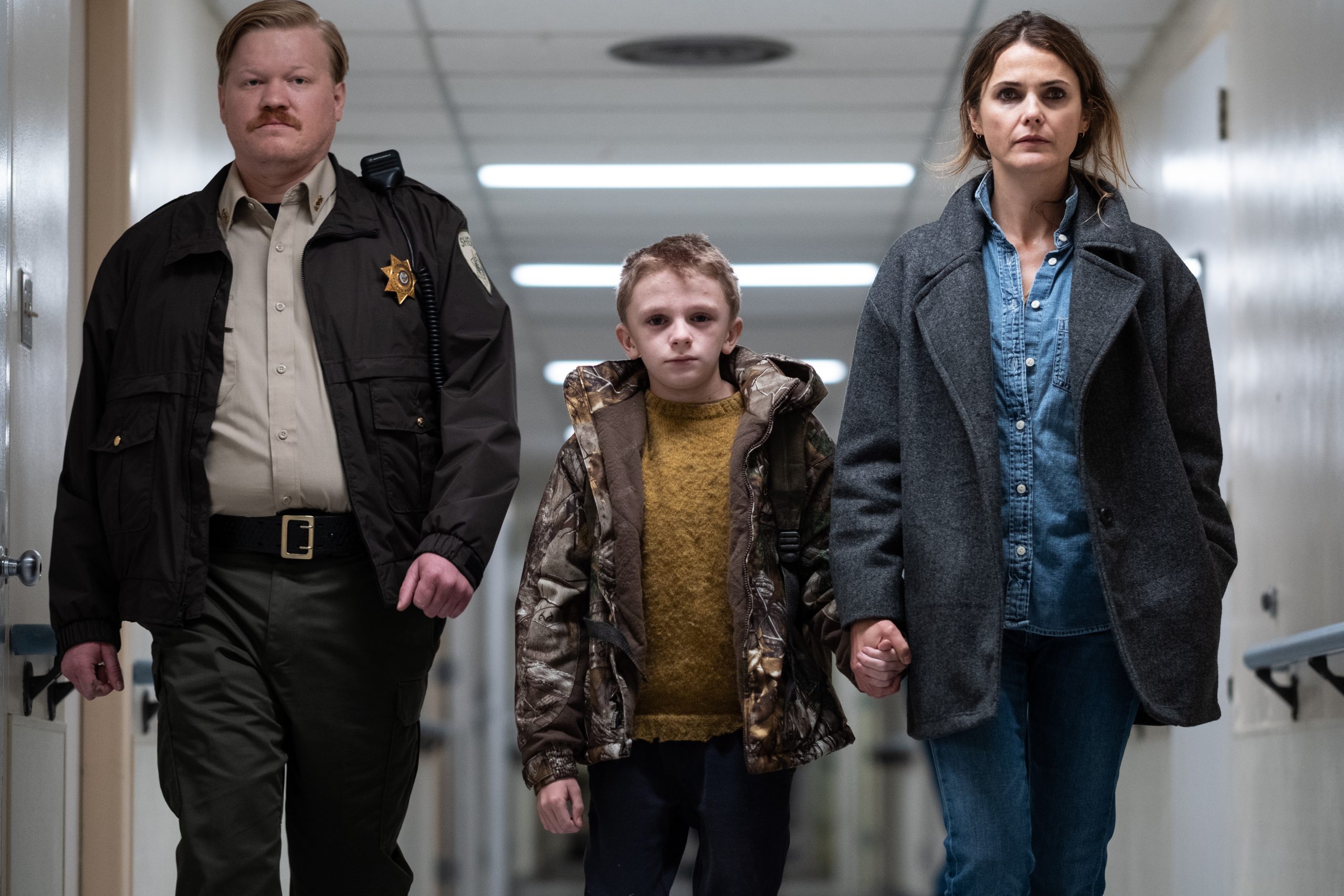 Where this film really stands out is the creature design of the Wendigo. Much like Jaws, you don’t see it a ton but when you do, it really stands out. The minimal use enhances the tension in the scenes where you may or may not see it. They also don’t treat it as just another cryptid (which it isn’t) movie. Another area this movie shines in is its cast. My gripes about the lack of an Indigenous cast aside, the actors and actresses who were cast do a great job in their roles. Sawyer Jones who portrays the brother of the lead child, Jeremy Thomas, steals every scene he is in. Jeremy Thomas also delivers a stellar performance and outshines Keri Russell. I feel like we see Jesse Plemons everywhere these days and honestly, I’m not that angry about it. He has incredible range, though it was amusing to see him on the law enforcement side when dealing with meth (unlike his character in Breaking Bad).

Overall, Antlers is a decent enough movie. It will whet the appetite of horror fans but it will leave them probably wanting a bit more. It’s still worth checking out if you’re looking for something spooky to watch over the Halloween weekend.