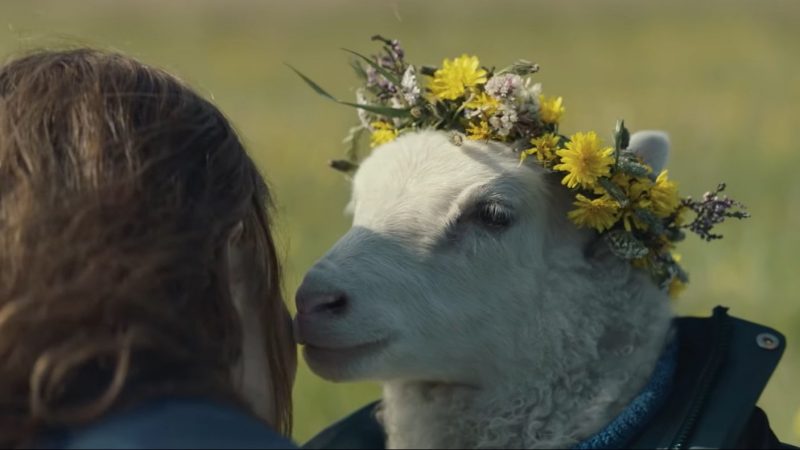 A24 has become synonymous with weird and atmospheric films. Known for movies like The Witch, In Fabric, and Midsommar, you never know what you’ll get with one of their films. However, you can be sure that it will be absolutely beautiful if nothing else. Their latest film Lamb is no exception, even if it is, in my opinion, being marketed completely wrong.

In Lamb, “a childless couple in rural Iceland makes an alarming discovery one day in their sheep barn. They soon face the consequences of defying the will of nature, in this dark and atmospheric folktale.”

Let’s address the elephant in the room first. Is Lamb a horror movie? Honestly, I’d say no. The marketing has focused quite a bit on how “terrifying” the film is. They marketed The Witch in a similar way. The thing is, there are supernatural elements but there is little to no dread. This type of marketing is fairly misleading which will cause disappointment to horror fans expecting some scares or at the very least, to be on the edge of their seat. If you overlook this mismanagement, the story in the film is actually quite poignant. The themes of loss and false happiness are explored throughout the film. Much like Midsommar, it handles grief and trauma in ways that audiences aren’t used to seeing. I’d actually say the movie is more of a folk tale or fable. There is even a scene in the film where folk tales are discussed on television. 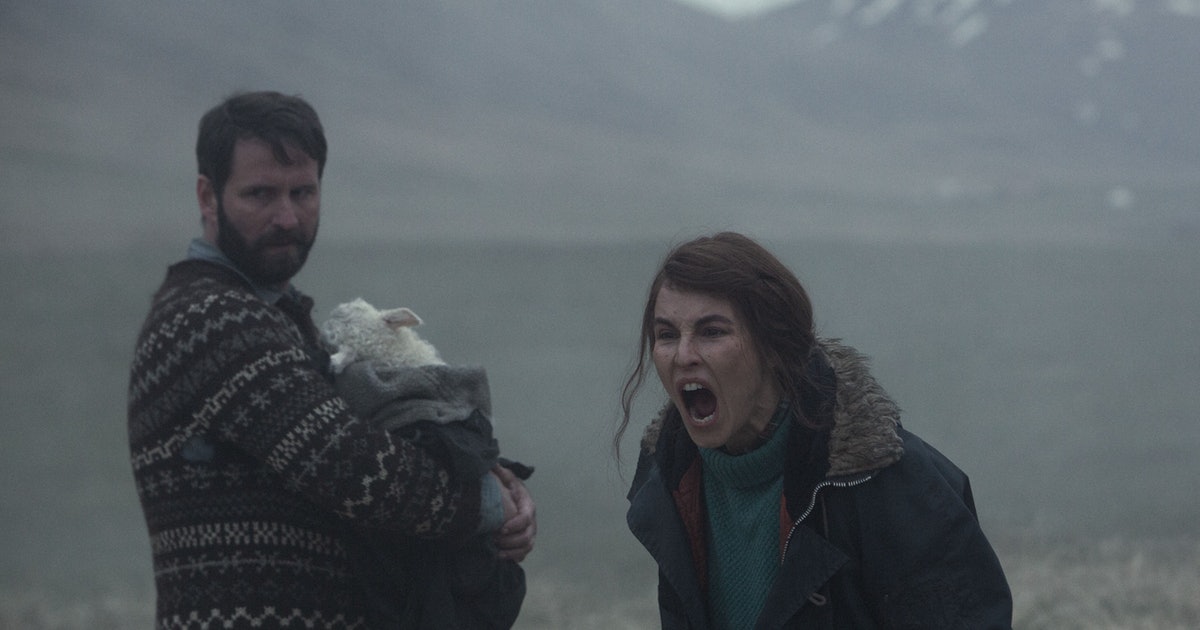 Now that we have that taken care of, there are a fair amount of things to like about Lamb. First, the setting is absolutely stunning. Not only is it beautiful, but its isolation really sets the tone for the bleaker moments of the film. The cast is also phenomenal. Noomi Rapace and Hilmir Snær Guðnason carry the film with ease. It isn’t hard to feel for them and their situation. Watching Noomi Rapace basically do whatever she can to keep her happiness is both at times inspiring and heartbreaking. Additionally, say what you want about a child with a lamb’s head, but I’d die for Ada and much like the characters in the film, you will be bewitched by her.

Overall, Lamb has obviously been brought to audiences by a group of extremely talented people. No one can say that the film isn’t well made. It just isn’t the film being promised by the trailer and ads. If you enjoy slow-burn dramas, this film will be right up your alley. However, if you are looking for something to scare you this spooky season, you may be disappointed.

One Reply to “Lamb Delivers a Beautiful Fable But Little Horror”