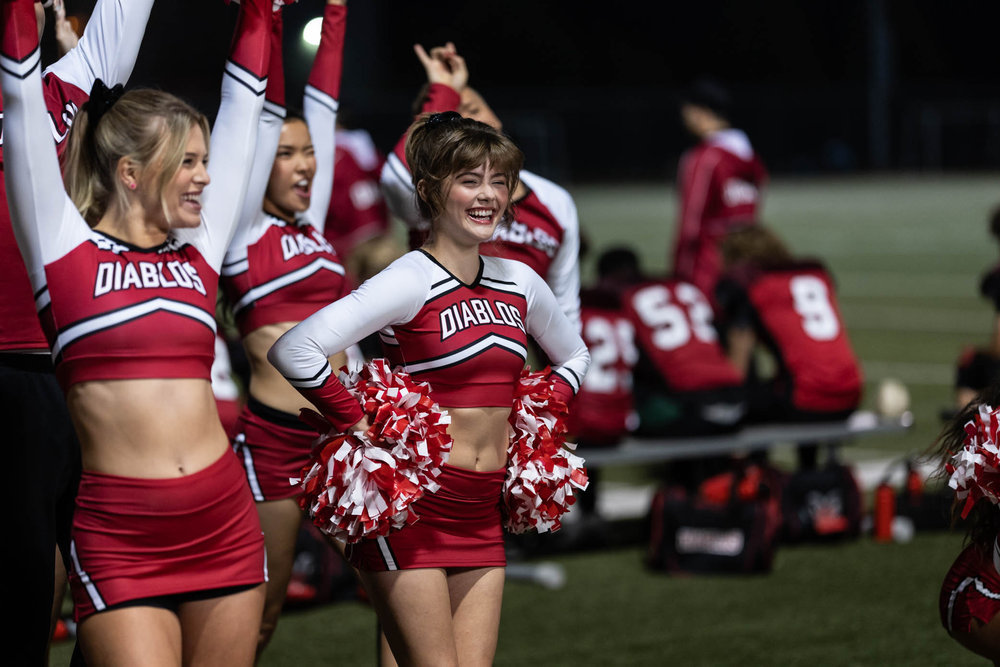 I wouldn’t say normally that the Bring it On films are my cup of tea. However, when I heard that there would be one with a slasher twist, I knew I wanted to see it. Is Bring it On: Cheer or Die a masterpiece? Goodness no. However, it is exactly what it’s meant to be. It doesn’t take itself seriously and that’s part of its charm. So instead of sharing the obvious flaws, I’m going to share what I loved about it.

In Bring it On: Cheer or Die, “held down by restrictive rules, an embattled cheerleading squad seeks the freedom of a creepy, closed school gym to practice for regionals, but when members of the squad start to disappear, the cheerleaders must unmask their assailant to save themselves.”

I promised to tell you the things that I loved about this movie. Below are 3 reasons you should watch this movie.

Overall, as I mentioned above, you’re not going into this to see the next Academy Award nominee. It’s a great film for watching with a group of friends while having some drinks. I hope it gets a bit more love online because it is a popcorn-type film to watch in a time when most horror is so heavily centered around trauma and grief. Bring it On: Cheer or Die is a nice reprieve from that when you just want a break.

Bring it On: Cheer or Die is now available on Digital VOD and DVD and will premiere on SYFY on October 8th. I think this would make a fun double feature with Hulu’s Into the Dark: School Spirit! Fun fact: School Spirit was one of the first films I reviewed on this site. What other films are you looking forward to in October? Is there something specific you’d like me to cover? Let me know in the comments below.