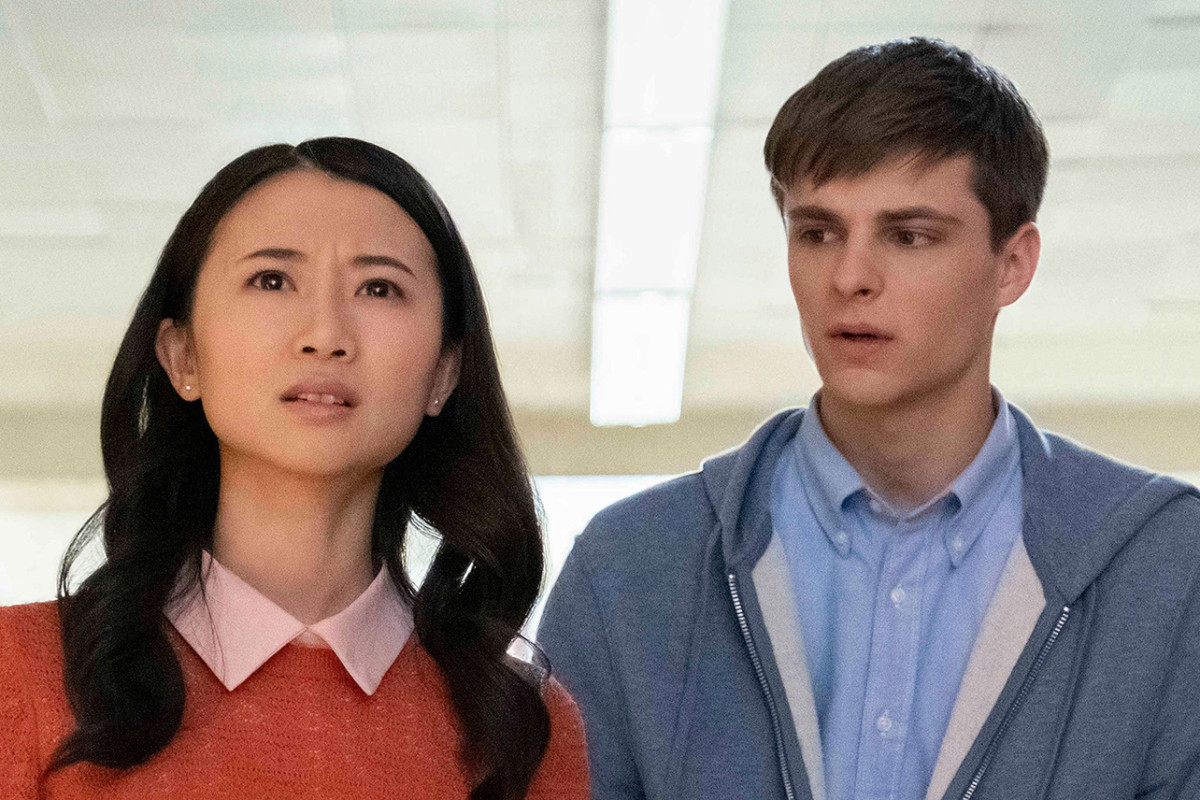 For the past year, the beginning of the month has meant a new entry in the Into the Dark series on Hulu. For those of you who are unfamiliar, Into the Dark is a horror anthology movie series is produced by Blumhouse. Each month they release a different film with a theme for that month. This month’s release School Spirit obviously plays off of back to school season.

In School Spirit, a group of social outcasts including star student Erica Yang is stuck in weekend detention. They find themselves confronted by their school’s legendary haunt, The School Spirit.

This review will be spoiler-free for the most part but my thoughts may contain hints to the ending so if you don’t want to have this spoiled for you turn back now!

School Spirit initially feels a bit derivative, your typical high school slasher flick with a mix of The Breakfast Club for good measure. Each character is given a small amount of back story but not really enough to care about them. Even the alcoholic teacher who lost his wife isn’t very interesting. It is easy to predict the killer by about the middle of the second act. However, where this movie succeeds is in the killer’s motive, which in itself isn’t all that unique but is carried out in an interesting way. The last 20 minutes of the movie is where the payoff is. This is where the remaining characters are really developed.

In School Spirit, Annie Q., who portrays Erica, really steals the show in terms of casting. While the rest of the cast is fairly cookie-cutter in terms of teen horror, Annie Q stands out. She does a really convincing job portraying the good girl who might not be as good as she lets on. Blumhouse alum, Corey Fogelmanis, also does a good job depicting Brett. I wouldn’t say the rest of the cast gives bad performances, they just aren’t as memorable.

Does it Hold Up to Other Teen Slashers?

Yes and no. If you are looking for something as graphic as the Friday the 13th series you’ll probably be a bit disappointed. That being said, I do think it holds its own. School Spirit is a slasher movie that would be best suited for someone who is typically squeamish around blood and gore as most of the kills happen off-screen. The School Spirit’s (as the killer is known in the movie) design is terrifying in its own right. I mean really, how creepy are school mascots when they aren’t sinister?

Overall, School Spirit isn’t doing anything overly original but it is still above average and a lot of fun. I would definitely recommend giving it a watch, especially if you pair it with a movie like I Know What You Did Last Summer. That double feature would make for a really fun Friday night! Into the Dark: School Spirit is now streaming on Hulu. 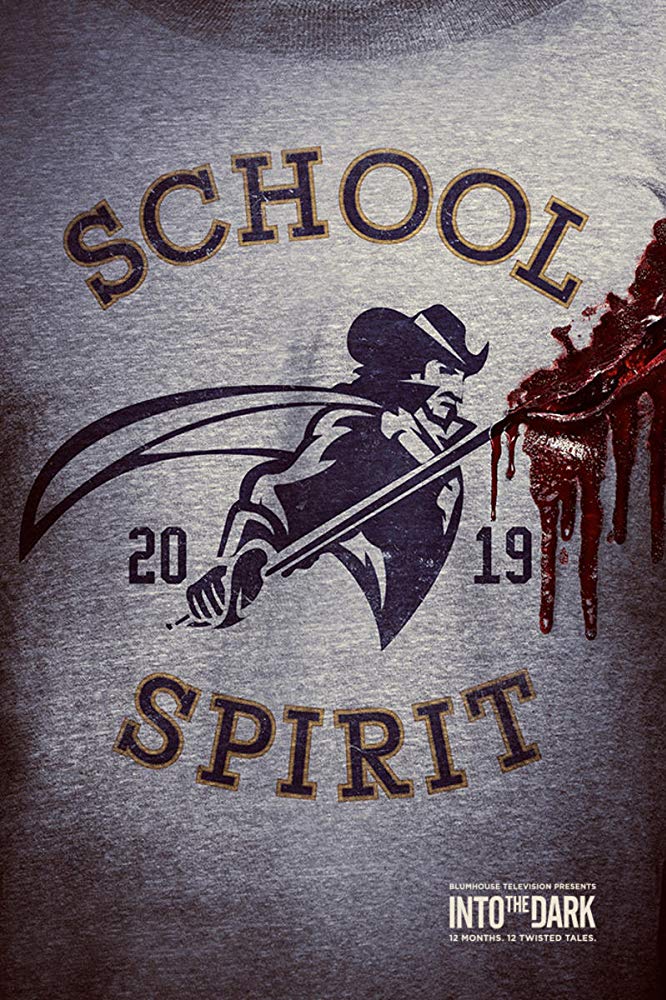 2 Replies to “Into the Dark: School Spirit- The Breakfast Club Meets the Slasher Genre”