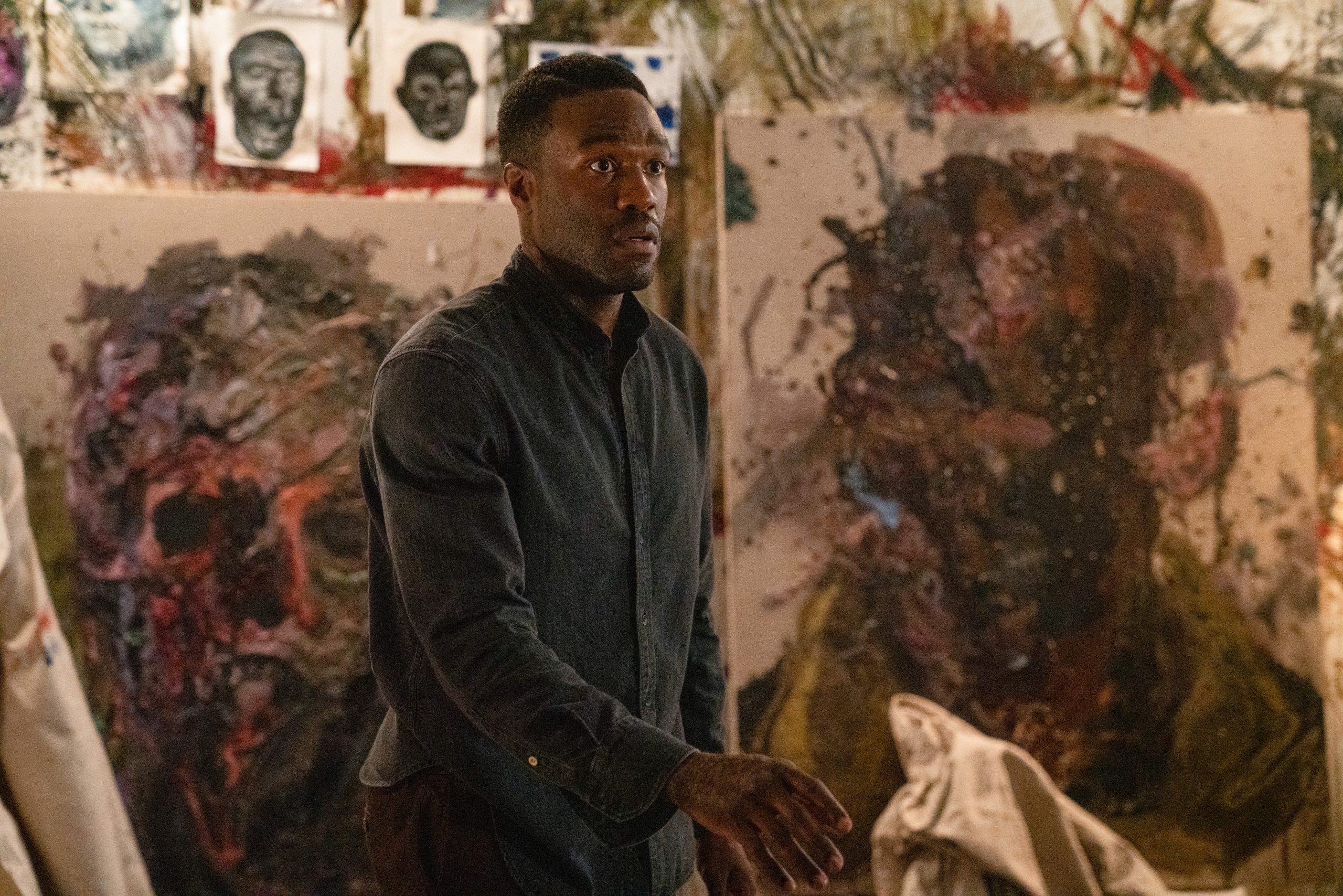 One of my favorite horror films this year, Candyman, is now available on home release! If you missed seeing this during its theatrical/on-demand run, now is a great time to pick up this fantastic film.

In Candyman, “for as long as residents can remember, the housing projects of Chicago’s Cabrini Green neighborhood were terrorized by a word-of-mouth ghost story about a supernatural killer with a hook for a hand, easily summoned by those daring to repeat his name five times into a mirror. In present day, a decade after the last of the Cabrini Towers were torn down, visual artist Anthony McCoy and his girlfriend, gallery director Brianna Cartwright, move into a luxury loft condo in Cabrini, now gentrified beyond recognition and inhabited by upwardly mobile millennials. With Anthony’s painting career on the brink of stalling, a chance encounter with a Cabrini Green old-timer exposes Anthony to the tragically horrific nature of the true story behind Candyman. Anxious to maintain his status in the Chicago art world, Anthony begins to explore these macabre details in his studio as fresh grist for paintings, unknowingly opening a door to a complex past that unravels his own sanity and unleashes a terrifyingly wave of violence that puts him on a collision course with destiny.”

The bonus features included on the home release include:

Seeing as how I already did a fairly in-depth review of Candyman when it was released, I thought I’d do a brief review of the bonus features (spoiler-free of course). I feel like unless a movie gets a boutique release, the bonus features are typically fairly lacking. This is not the case with this release. All of the bonus features provide a ton of insight you may not. The feature “Candyman: The Impact of Black Horror” is especially thought-provoking and feels somewhat like an abridged conversation from Horror Noire (which I strongly recommend!). “Painting Chaos” is also really interesting because I had no idea that the art featured in the film was actually from Chicago artists. I liked the alternate ending but I think I’m glad they went with the one they did. However, I wouldn’t have been at all upset if they had used that one.

Overall, the Blu-ray release of Candyman is definitely one I’d recommend for anyone to put into their collection. Between the movie itself and the incredible bonus features, you don’t want to sleep on this one!