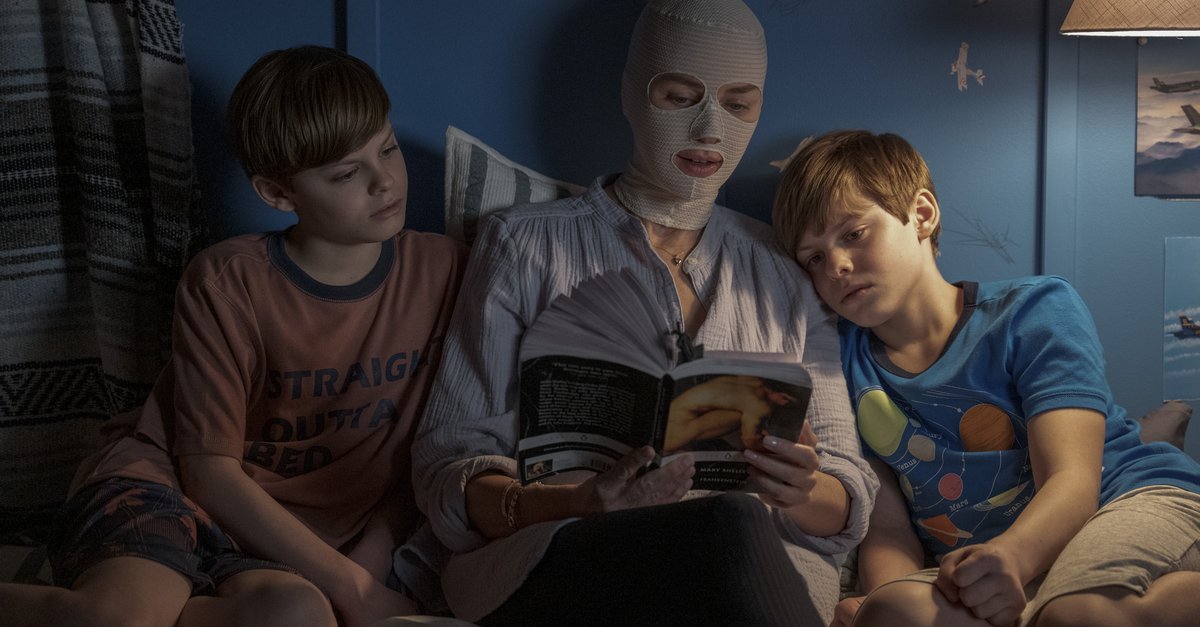 I know there is a camp of film fans who believe that every single remake is garbage. I think remakes are completely subjective to whether or not you liked the original, or at least how much you liked it. For example, I love the original Evil Dead and loathe the 2013 remake. Another case, specific to this article is Goodnight Mommy. I didn’t really care for the original (it felt SUPER predictable) but was pleasantly surprised that I enjoyed the 2022 remake released by Amazon Studios. Read on to find out why it worked for me better than the original.

In Goodnight Mommy, “twin brothers who, when sent to stay with their mother, are surprised to find her swathed in bandages from a recent procedure. As her behavior grows increasingly erratic and unusual, the twins become convinced she is an imposter. Their suspicion sets off a roller-coaster of emotional mind games and misunderstandings between mother and her children, that eventually explodes with irreparable and heartbreaking consequences.”

Having recently seen both films for the first time, the original Goodnight Mommy holds no nostalgia for me. When I watched it (before watching the remake), I felt it was absolutely predictable and guessed the twist ending almost right away. That is where this remake excels in my opinion. It buries the lead in a far better way. The relationship shown feels as though it could be between 3 people instead of just the mother and Elias. Had I seen the remake first, I don’t think the ending would have been as obvious to me so early on in the film. Unsurprisingly, Naomi Watts does a wonderful job as the mother. Unlike the original, she doesn’t come off as completely irrational. Something is clearly off with her character but her ability to portray it subtly makes it feel like she is still talking to both children even though she isn’t. Cameron and Nicholas Crovetti also do a great job in their roles. They are far more likable than the boys in the 2014 version. Some will complain about their lack of maliciousness but I actually liked that more. It is worth noting that I’m not crazy about mean-spirited films so this toned-down version worked better for me overall.

I think this one will be quite divisive. Want to check out Goodnight Mommy and find out for yourself if it was on par with or better than the original? It is now streaming on Prime Video! Which do you prefer, the original or the remake? Maybe you’re indifferent. Let me know in the comments below!