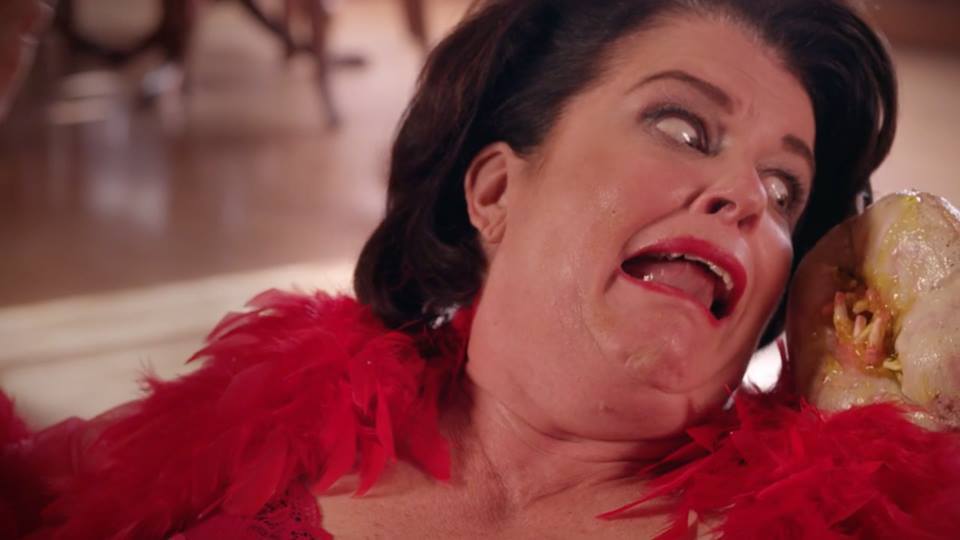 I love a good food holiday! Even more so, I love food horror! So when I can talk about a food horror movie on the holiday that celebrates the food it features, I get pretty damn excited! Today is National Donut Day so I thought it would be fun to take a look at the foodie feature Attack of the Killer Donuts.

In Attack of the Killer Donuts, “A chemical accident turns ordinary donuts into blood-thirsty killers. Now it’s up to Johnny, Michelle, and Howard to save their sleepy town from…Killer Donuts.”

Before diving into the movie review let’s define a foodie feature? In my segment of Creepy Bitches here is how I describe them:

Well, think of a Creature Feature but as with a recipe, substitute the creature with a killer food! Foodie Features tend to be a bit sillier than your standard horror film.”

Other foodie features include: 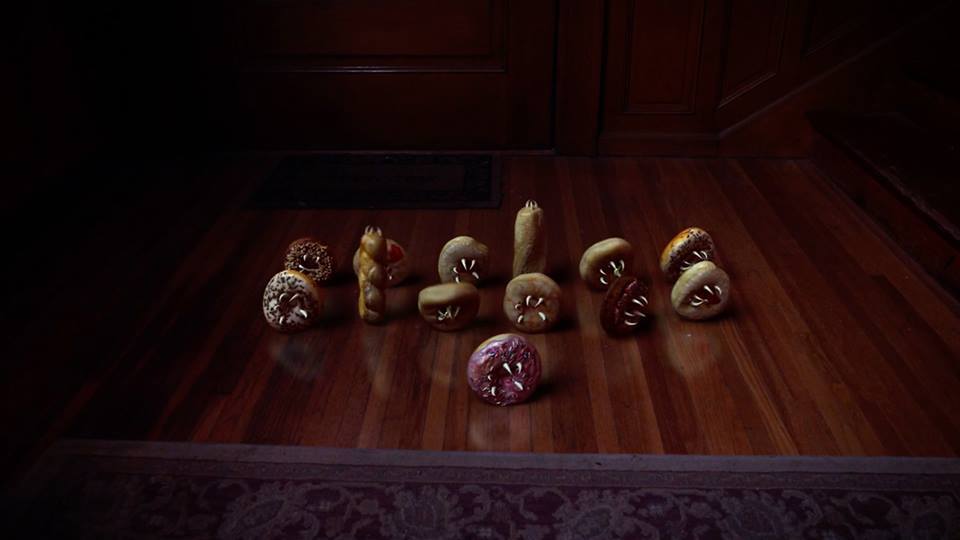 Attack of the Killer Donuts is no exception to this description. It is objectively not a great movie. That being said, it is a lot of fun. The characters are pretty forgettable and the acting is passable but not really great. The best part of the film is the donuts themselves. There is something cute about these carby killers. Much like Dead Sushi (another great foodie feature), the donuts are given some personality which makes them a fun antagonist to cheer for. My co-host of Final Girls Feast compared them to gremlins in our episode covering this film.

Is this movie great? No. Is it worth watching? Absolutely! Overall, if you are a fan of silly horror movies, you will likely enjoy this movie quite a bit. It definitely has some laugh-out-loud moments. It won’t be a winner for everyone but fans of movies like Attack of the Killer Tomatoes and Gingerdead Man will have fun with it.

Attack of the Killer Donuts is available to stream on The Roku Channel and on Tubi. You can also rent or buy it on most of the major streaming platforms. I hope you check it out and enjoy your National Donut Day!