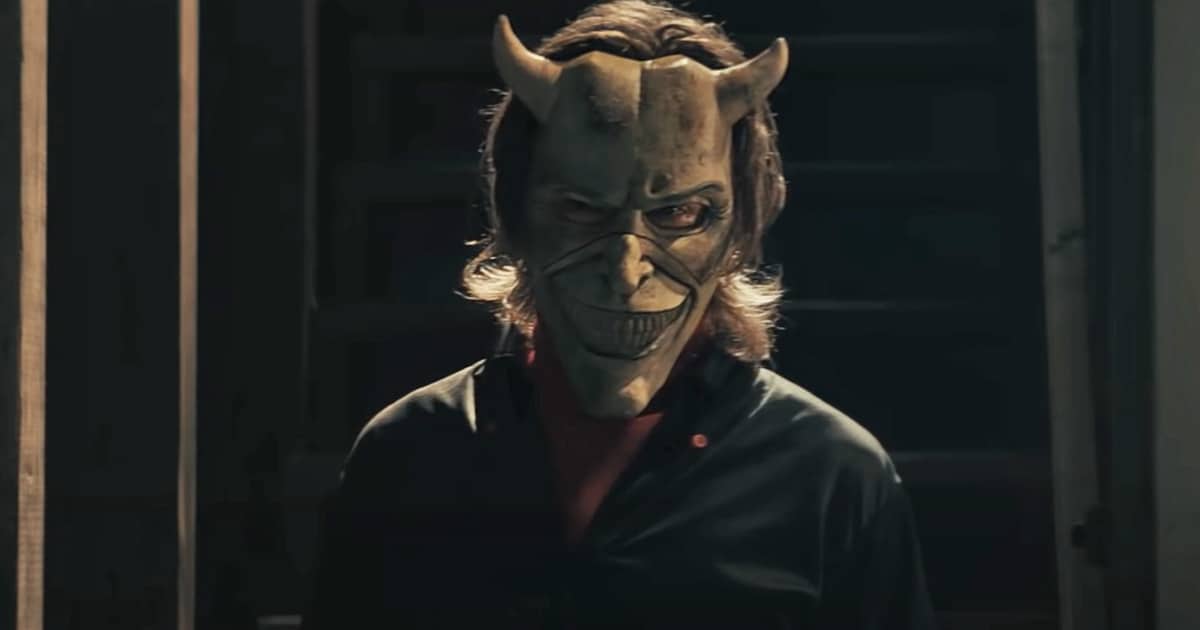 Joe Hill’s The Black Phone hits theaters this Friday. I’ll be the first to admit that I was hyped for this movie. I even read the short story and it’s missing chapter! Did the film live up to my expectations? Read on to find out! Warning: there are spoilers in this review so come back and read this later if you are looking to avoid them!

In The Black Phone, “Finney Shaw, a shy but clever 13-year-old boy, is abducted by a sadistic killer and trapped in a soundproof basement where screaming is of little use. When a disconnected phone on the wall begins to ring, Finney discovers that he can hear the voices of the killer’s previous victims. And they are dead set on making sure that what happened to them doesn’t happen to Finney.”

I have a lot of issues with this iteration of The Black Phone. That being said, I’ll start by discussing what I liked about the film. First and foremost, Mason Thames and Madeleine McGraw absolutely steal the show. Both bring a lot of life to their characters and they do a great job at making you care about what happens to them. Ethan Hawke does a decent job at being creepy though I’m not 100% sure if it is him or the mask. In either case, he exudes creepiness in his portrayal of The Grabber.

There are several changes that were made from the original story that I didn’t like at all (which I will get to later). However, I did appreciate that the filmmakers added more supernatural elements into the movie. This is especially noticeable with the phone and The Grabber’s victims. The audience getting to see the children helped to connect them more emotionally.

Here is where we get to the first problem. Scott Derrickson and C. Robert Cargill did a great job at adding in some supernatural elements and yet removing one of the most important from the story. In the story, Finney and his sister (whose name is Susannah) share a birthday. Their birthday is June 21st, the Summer Solstice. Joe Hill describes their connection as being more psychic than just emotional.

Instead, he imagined Susannah, standing on the pedals of her ten-speed and gliding down the center of one wide residential avenue after another, the collar of her denim jacket turned up, grimacing into the icy sheer of the wind. Susannah was three years older than Finney, but they had both been born on the same day, June 21st, a fact she held to be of mystical importance. Susannah had a lot of occultish ideas, owned a deck of Tarot cards, read books about the connection between Stonehenge and aliens. When they were younger, Susannah had a toy stethoscope, which she would press to his head, in an attempt to listen in on his thoughts. He had once drawn five cards out of a deck at random and she had guessed all of them, one after another, holding the end of the stethoscope to the center of his
forehead – five of spades, six of clubs, ten and jack of diamonds, ace of hearts – but she had never been able to repeat the trick.”

I found the fact that her abilities became Christianized fairly offensive. There was no real reason for this change and in today’s day in age, it feels fairly puritanical. 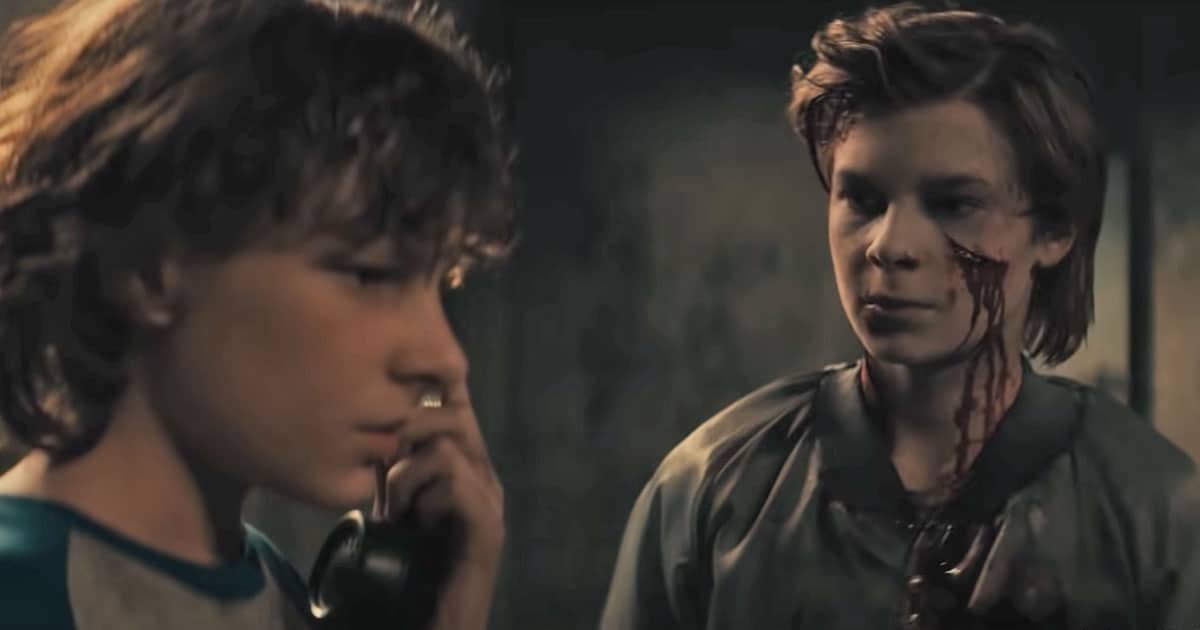 Another deviation from the source material I didn’t care for was the Shaw family relationship. In the short story, they have the typical nuclear family which doesn’t seem to have any major issues. Changing this to a single alcoholic father does a disservice to the story because Finney’s life now already feels scary. Especially with him also getting bullied at school. In Joe Hill’s version, the situation is even scarier because he hasn’t appeared to face these kinds of things and has to trust the voice on the other end of the phone. The addition of the alcoholic parent trope felt completely superfluous to this story.

It almost feels like the filmmakers were trying to pay tribute to Joe Hill’s father, Stephen King with The Black Phone. There were lots of scenes that felt like they came straight out of It. From Gwennie’s rainy bike ride in a yellow raincoat to their alcoholic father who came off like Mr. Marsh, you could superimpose these films and they wouldn’t be too far off. Speaking of glaring similarities, this film also feels like a 3rd Sinister film. The use of the grainy muted color palette, returning cast members (Ethan Hawke and James Ransone), the same director, and the use of ghost children all feel too familiar.

I am not sure if it is worth discussing at length but the ending being less melancholy than The Black Phone: The Missing Chapter’s epilogue bothered me a bit as well. I understand that The Missing Chapter was only a UK release but I think it really set the tone Joe Hill was going for and that was diminished by the “happy” ending of the film.

Overall, the more I think about the film, the less original it feels. Since I enjoy a lot of the things the filmmakers took inspiration from I don’t completely hate it, but I do wish it had been better. Derrickson put a little too much of himself into his rewrite of Joe Hill’s short story and it’s a detriment to the film. The Black Phone is decent enough but it doesn’t feel fresh or unique.

The Black Phone arrives in theaters on June 24th.