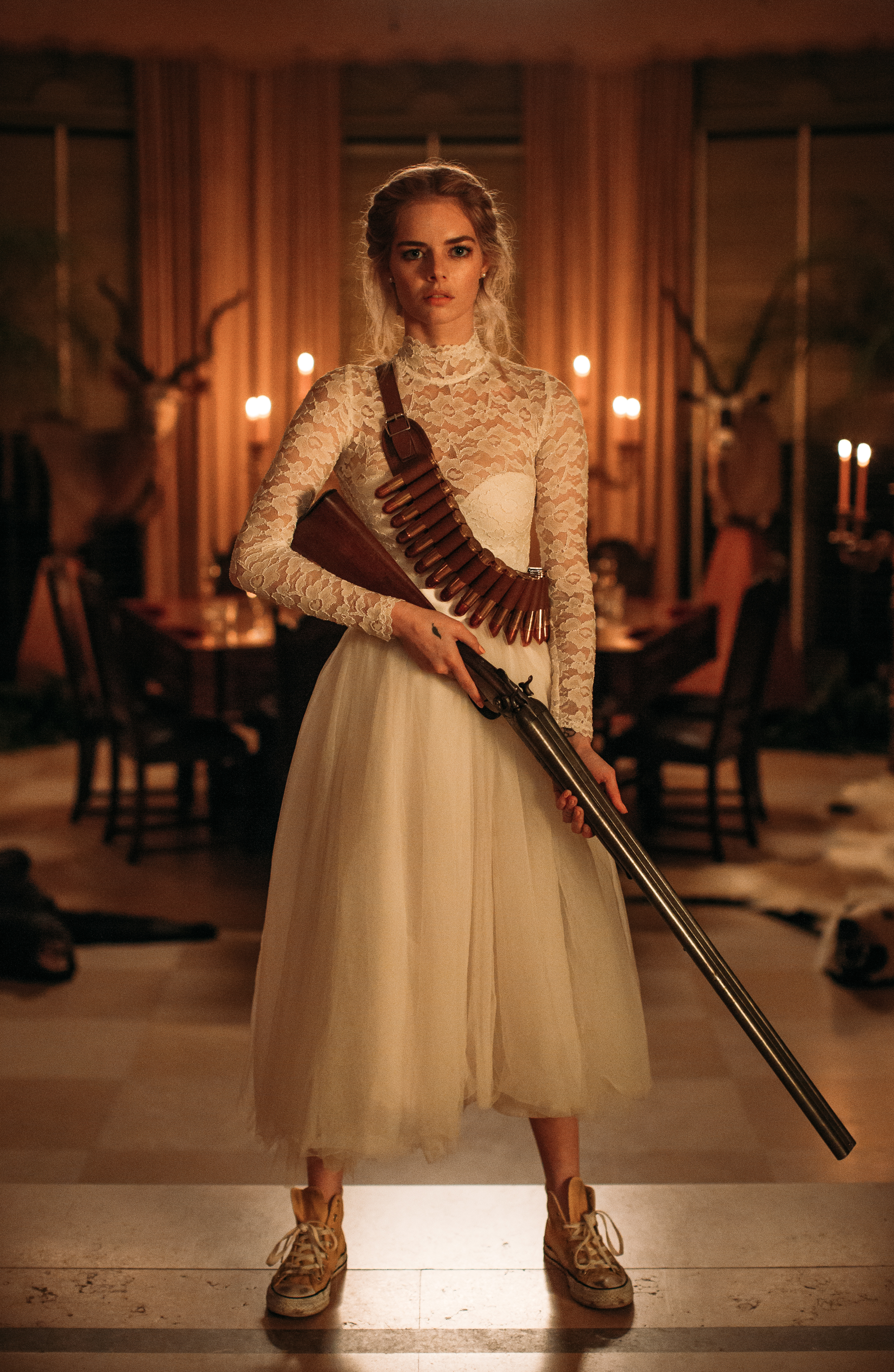 Samara Weaving in the film READY OR NOT. Photo by Eric Zachanowich. © 2019 Twentieth Century Fox Film Corporation All Rights Reserved

Getting married is always complicated. Family dynamics come into play and there is always some amount of stress. Ready or Not takes wedding day stress to a whole new level. Imagine joining a new family that has a dark past. One that you are now forced to take part in and literally can’t hide from.

Ready or Not follows Grace, a young bride, as she joins her new husband’s rich, eccentric family in their wedding night tradition of playing a game. The evening’s game turns lethal when Grace draws the card for Hide and Seek. Now instead of fighting for her in-law’s approval, she is fighting for her life.

The story of Ready or Not initially seems like a retread of movies like Battle Royale and The Condemned. Where this movie really sets itself apart and does it better is the use of supernatural elements. The family in the story has basically made a deal with the devil to gain their wealth and power. Is this a real entity or just a long-lived family tradition? I won’t spoil that, just know that the outcome is really fantastic. One thing I didn’t love was the use of foreshadowing for several of the story’s elements. It made parts of the film predictable. However, the ending more than makes up for the predictability of the 2nd act and the beginning of the 3rd. Speaking of foreshadowing, one element I did really like was the board game titles at the start of the film. Family Ritual and Secret Council were really fun nods to the story ahead.

Ready or Not is definitely not for the faint of heart. While there is a fair amount of comedy, there is also a lot of gore. There are a few scenes of the movie that even made me cringe and audibly gasp. Ready or Not did a great job building up the sense of dread and alleviating it with a well-placed comedic moment. I really appreciate that they didn’t go over-the-top or slapstick with the comedy. It truly is a horror-comedy done right. It actually feels like a horror movie with comedic elements instead of a comedy with horror elements. 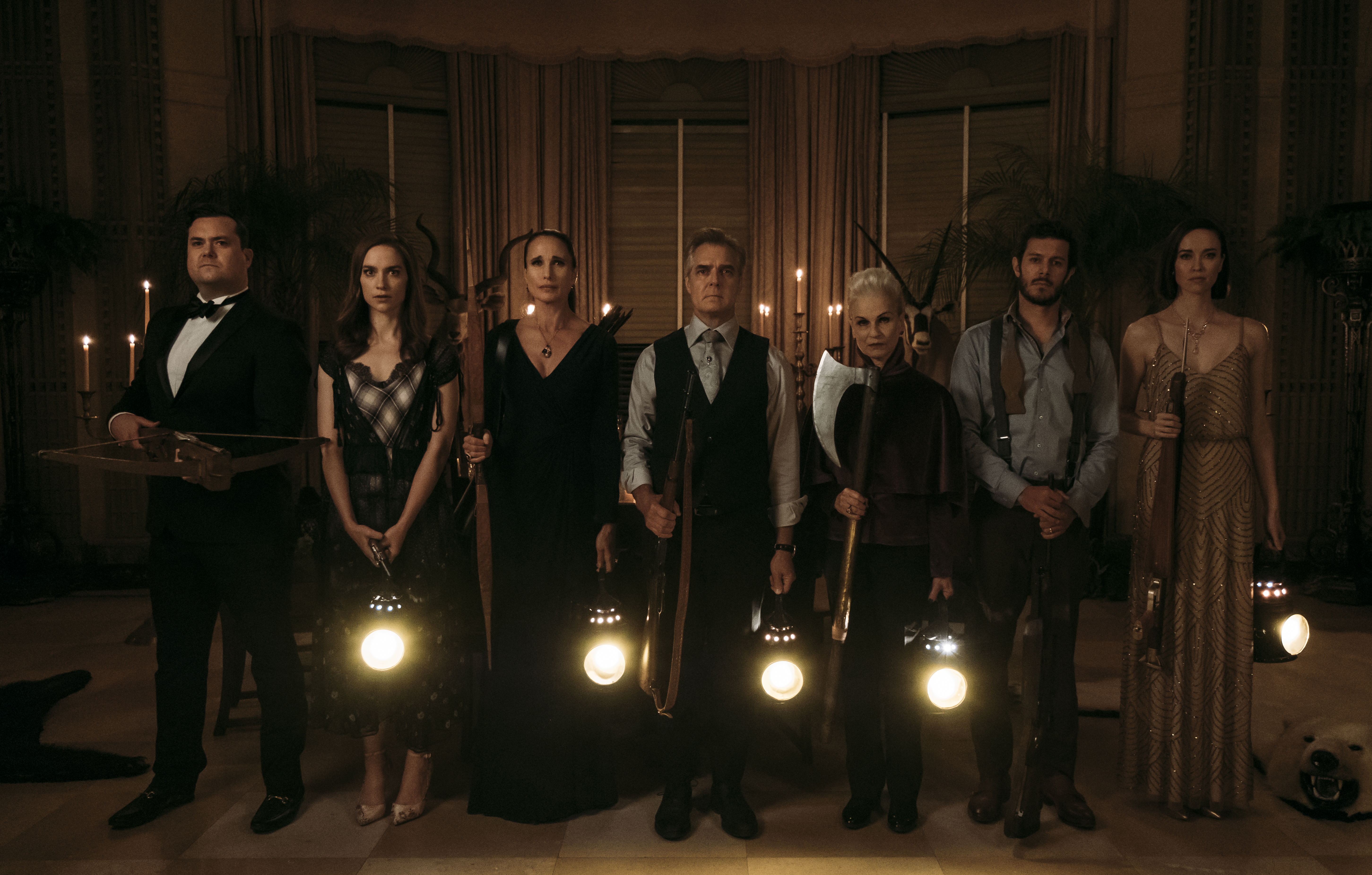 The best part about Ready or Not is the cast. There is not one role in the film that isn’t perfectly cast. Samara Weaving (niece of Hugo Weaving) is beyond incredible. The strength she depicts is inspiring. Despite her lack of screen time, I loved Nicky Guadagni’s portrayal of Aunt Helene. She was creepy and funny at the same time. She literally steals every scene she is in. Another stand out is Adam Brody who plays Grace’s brother-in-law, Daniel. You never quite know what to think about his character which makes watching the film more enjoyable.

Overall, Ready or Not is a bloody good time! You can’t help but have a good time with it. The only intentional horror comedy I’ve enjoyed as much is Tucker and Dale vs. Evil. Not only is the movie a fun ride, but I promise you that you won’t see what’s coming at the end. Ready or Not is in theaters now.