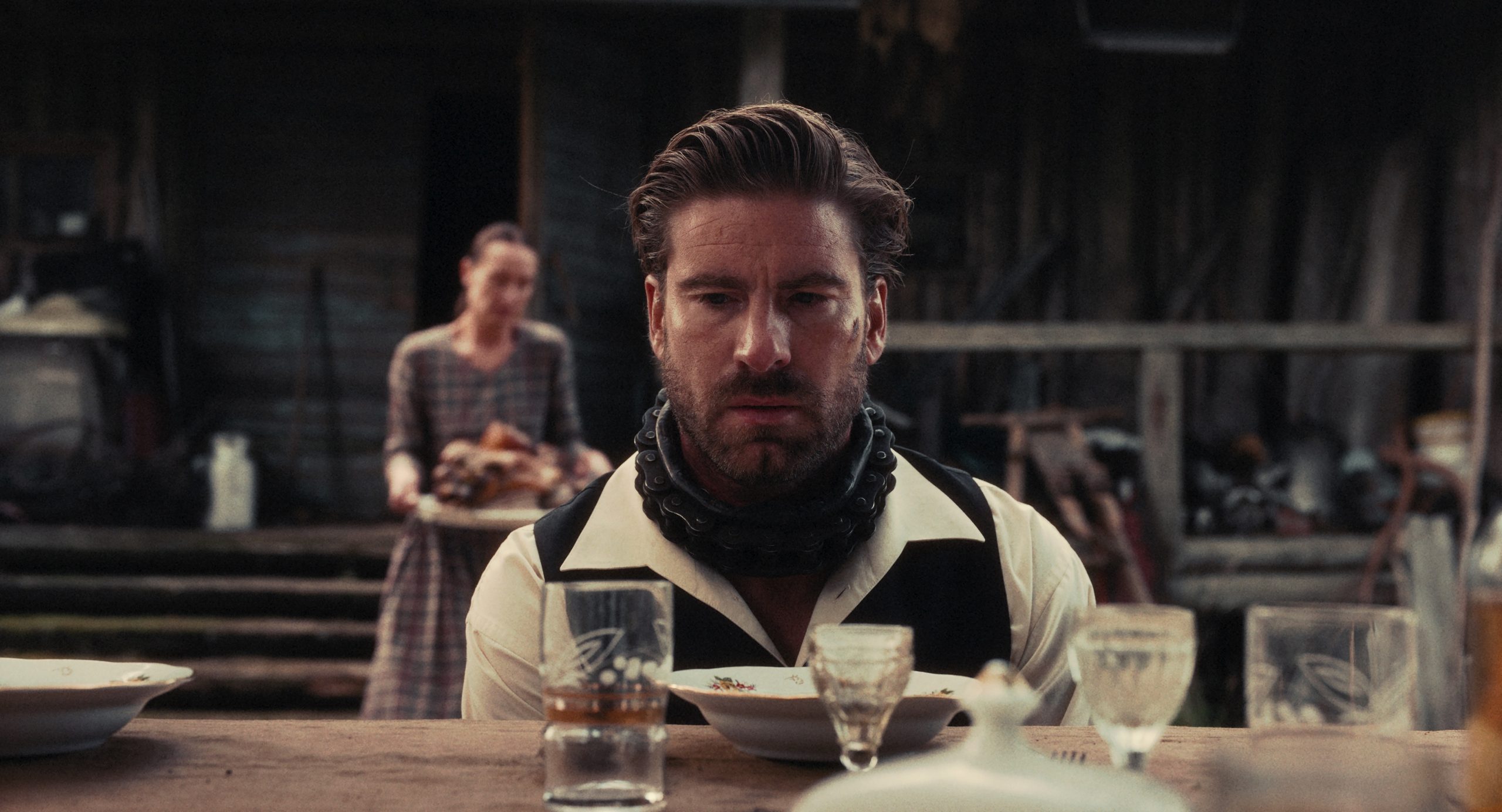 I love folk horror. It has quickly become one of my favorite sub-genres of horror. So when I heard about Squeal I was definitely intrigued. I also wasn’t really familiar with much Latvian cinema so I thought this would be a great opportunity to do so. Did the film deliver the folk horror vibe I had hoped for? Read on to find out.

“Filmmaker Aik Karapetian’s dark fairy tale Squeal centers on Samuel, who is far from home, searching for his father. Lost in remotest Eastern Europe, on the edges of a mythical forest, a minor road accident leads to a chance meeting with a pig farmer’s daughter Kirke. Sam soon learns that his priorities must change if he wants to survive. Her initial hospitality is a smoke screen to capture him and make him a forced laborer on the farm. Alone, unable to speak the language, and chained up 24/7 with the pigs, he learns to adapt. Fortunately, a seemingly magical piglet gains Sam’s confidence and shows him the way to freedom and true love.”

Going into Squeal I knew it was being marketed as a dark fairy tale yet sites such as Letterboxd classified it as fantasy, comedy, and horror. I think much like A24’s Lamb the horror genre tag is a bit of a stretch. It definitely has horrific elements but lacks the vibe of a horror film. The classification as a dark fairy tale is definitely more the direction it leans. If animal deaths bother you (I am usually pretty sensitive to this), there are some but thankfully, they are done tastefully (albeit the one towards the end of the movie is a bit rough) and have a purpose outside of just illustrating how evil a character is. They are there, however, so consider yourself warned. 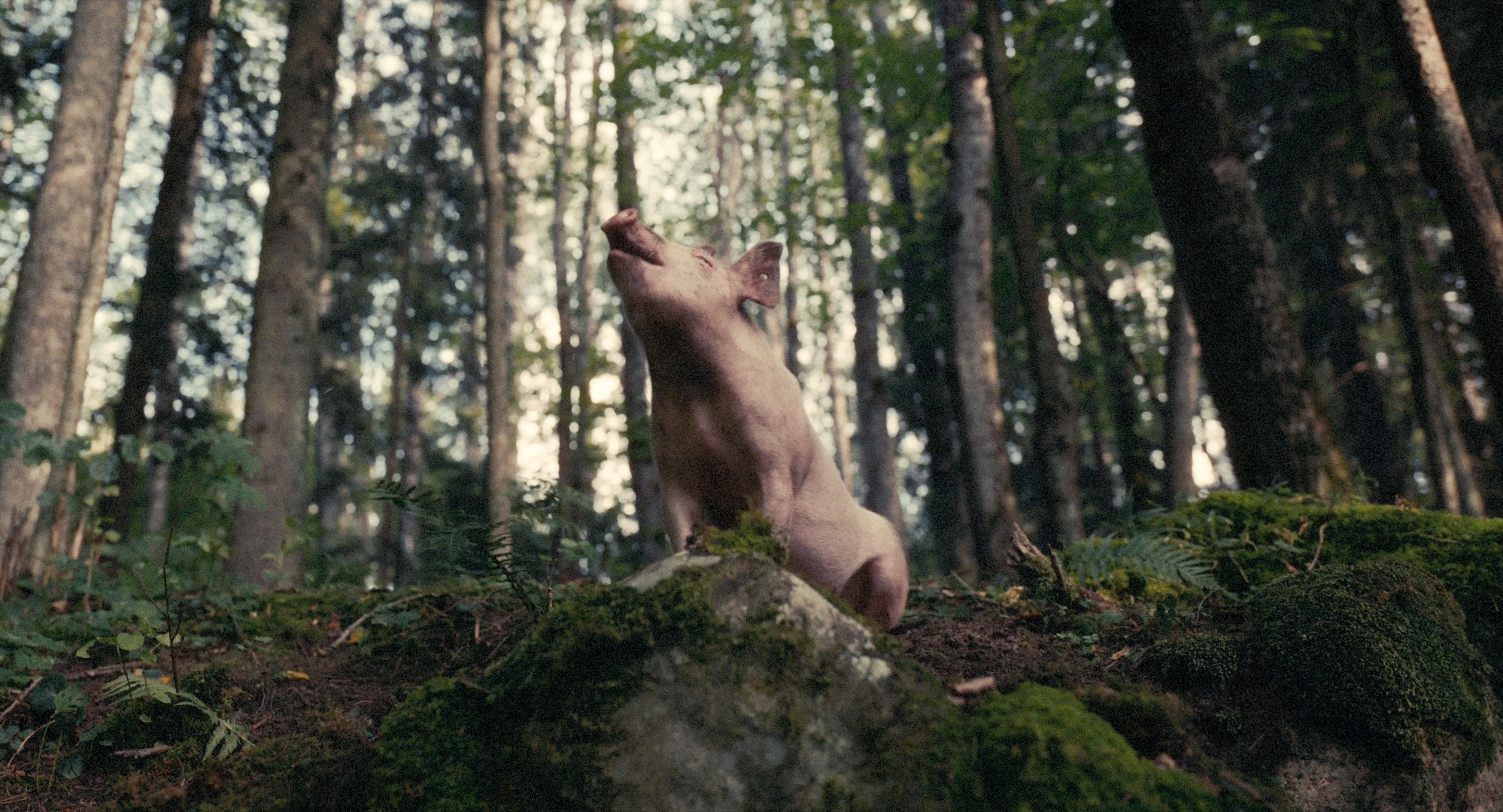 Squeal’s story is a little bit convoluted but the cast does well. I enjoyed the use of a narrator. It enhances the dark fairy tale feel of the film. Outside of the gorgeous cinematography, the magical piglet is absolutely the star and steals the show. Honestly, I was sold the second I saw it. I think seeing this in a festival setting would be the best way. It is the type of movie that would benefit from discussion with others after watching it. I can’t explain it, but there is something so charming about this dark little tale.

I think Squeal definitely can appeal to the right audience but understand that it won’t be for everyone. If you’re interested, Squeal is available now on VOD. If you’re wanting to make things interesting, watch it as a double feature. As I said earlier, I think this would make an interesting pairing with A24’s Lamb. Have you seen either film? Let me know what you thought in the comments below.