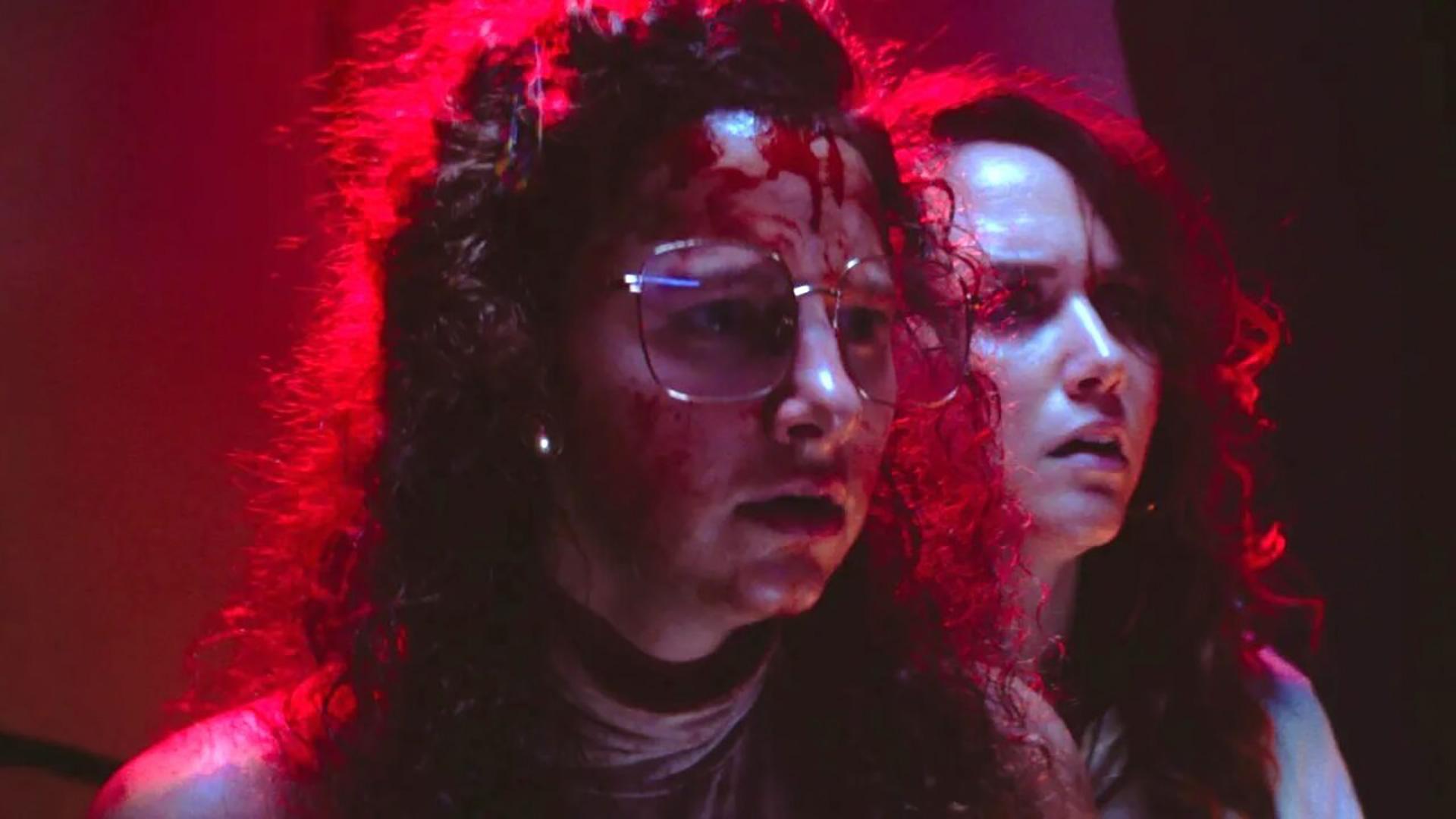 It is no secret. I am a die-hard Paper Street Pictures cheerleader, not to mention the president of the Scare Package fan club! I adore most if not all of their projects. So when I saw the poster (I typically avoid trailers) for Revealer as it went around the festival circuit, I just about lost my mind. I was recently finally able to watch it. Which admittedly came a bit after it dropped due to the #100HorrorMoviesIn92Days challenge. However, I can happily report that it was definitely worth the wait!

In Revealer, “tensions rise when a stripper and religious protester are trapped together in a peep show booth and must come together to survive the apocalypse in 1980’s Chicago.”

It’s kind of funny. If you know me, you know that generally speaking 80s horror is not at all my jam. Sure, there are a few that I enjoy but as a decade it isn’t one of my favorites. That being said, I LOVE modern horror films and shows that take place in the 80s. The neon nostalgia just hits for me. It’s why I love Stranger Things and why Revealer just worked for me. During our watch party, I literally said right off the bat that I knew I was going to love this film. Luckily, I didn’t have to eat my words.

Being made during the pandemic, the cast was intentionally kept small. This works especially well for the film and allows you to become attached to the characters. Both the writing from Tim Seeley (of Hack/Slash fame), Michael Moreci, and Luke Boyce as well as portrayals by Caito Aase (Angie) and Shaina Schrooten (Sally) really make you fall in love with these characters by the end of the film. Even in a small role, former WCW-WWE star Bishop Stevens shines. You just can’t help but want to see more of them. What is perhaps one of the best things about the film is the alliance (I’m not sure we can really call it a friendship) developed between Sally and Angie. Both start out as bitter adversaries and through their experiences realize that the other isn’t who they thought. 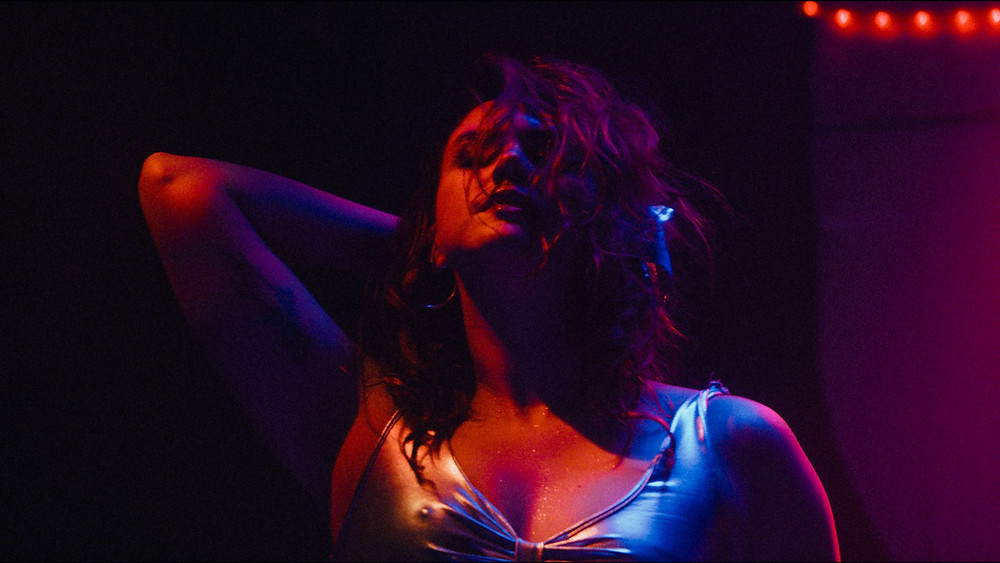 Remember that killer soundtrack I mentioned? The film literally kicks off with Caito Aase doing a burlesque-style dance (that she choreographed) to Gunship’s Dark All Day! I knew from that moment that I would be hooked. The rest of the soundtrack is just as awesome, especially if you are a retro wave fan. Also, Alex Cuervo (a Paper Street alum) created a truly incredible score for this film. I don’t think he is capable of creating anything less than amazing.

As you can probably tell, I really loved this film. It delivered everything I would want to see from it and more. You’d never think that this was Luke Boyce’s feature-length directorial debut. I tried to keep this review spoiler free so do yourself a favor and go give it a watch!

Revealer is now available to watch on Shudder. Stay tuned because a tie-in one-shot comic from Vault Comics will be getting released soon. Additionally, physical media fans can rejoice because a physical release of Revealer is coming to Blu-ray this fall! Have you seen Revealer yet? Share your thoughts in the comments below!