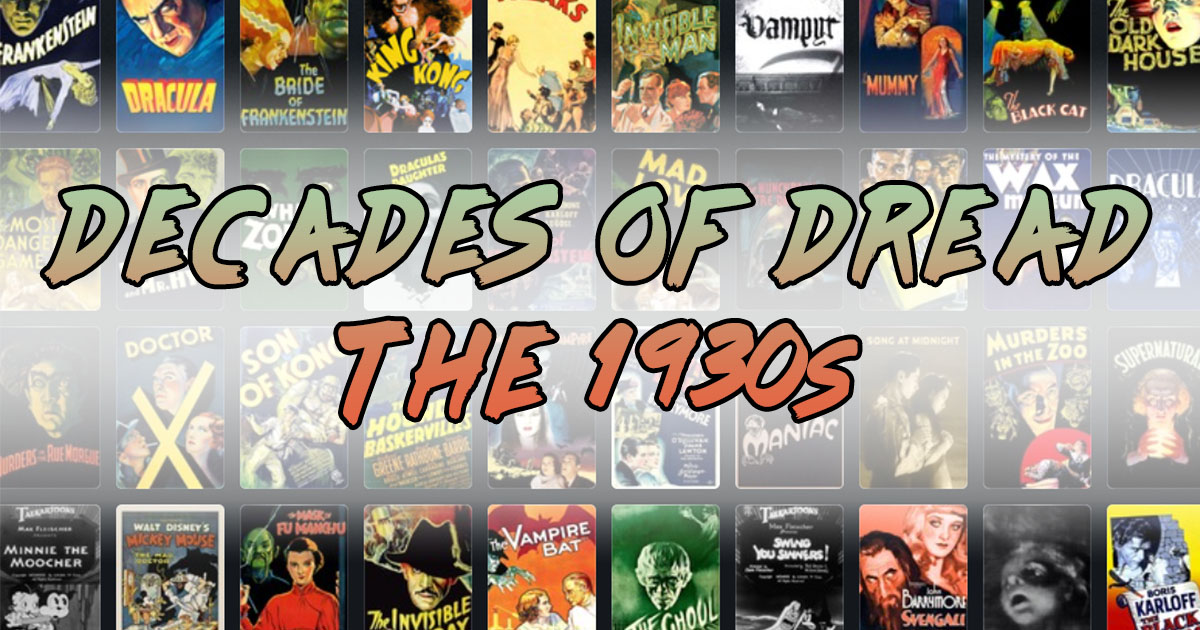 Welcome to my latest series, Decades of Dread! In this series, I’m planning to share 5 movies from each decade that I enjoy! I will be linking to their Letterboxd page so that you can easily add them to your watchlist or find out where they are streaming. I decided to start with the 30s since I’m not as well versed in 20s horror. If you are interested in 1920s horror I can recommend The Cabinet of Dr. Caligari and Haxan. However, we’re here to talk about the 1930s so let’s get started!

I hope this list helps to get you started on diving into the horror of the 1930s! You can also find more films from this decade on Letterboxd! I have also put together a Letterboxd List of 1930s horror that I enjoy but didn’t make the cut here. What are some of your favorites? Let me know in the comments below! Stay tuned because I’ll be posting about my favorites from the 1940s soon! In the meantime, check out some of my other horror movie lists!