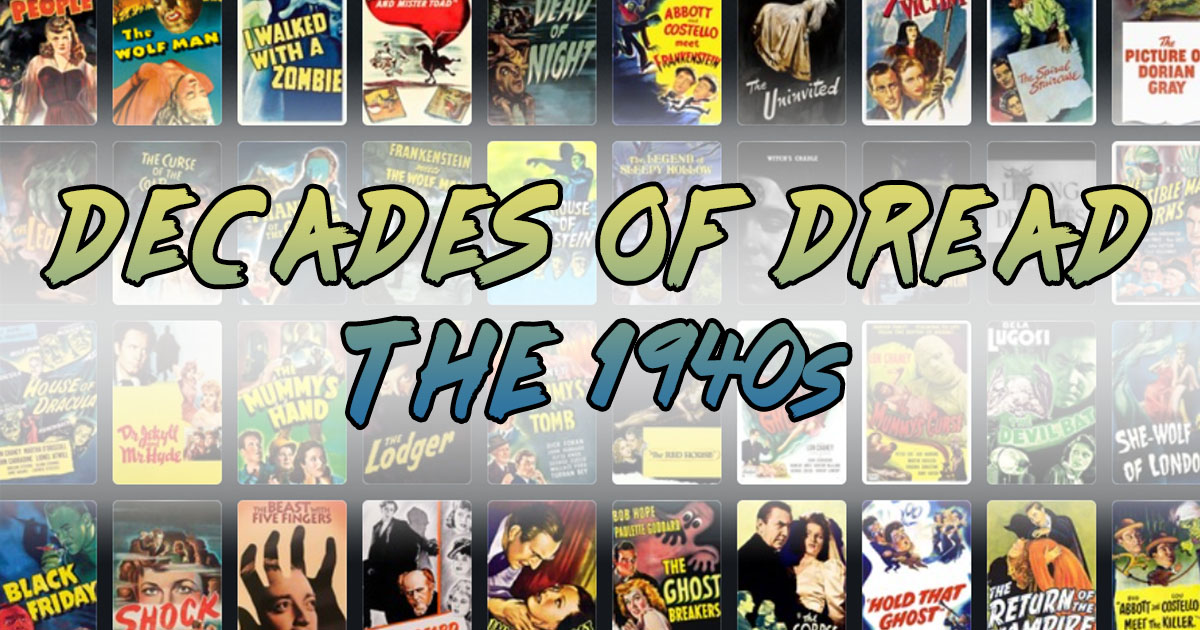 Welcome back to my Decades of Dread series! As I mentioned in my previous post, for this series I will be sharing some of my favorite films from each decade. It’s my hope that this gives folks some ideas for their #100HorrorMoviesIn92Days Challenge! Today I’m tackling the 1940s! Admittedly, as much as I love old horror, this seems to be one of my least watched decades. I’ll need to work on changing that!

I hope this list helps to get you started on diving into the horror of the 1940s! You can also find more films from this decade on Letterboxd! I have also put together a Letterboxd List of 1940s horror that I enjoy but didn’t make the cut here. I will hopefully be adding to it soon! What are some of your favorites from this decade? Let me know in the comments below! Stay tuned because I’ll be posting about my favorites from the 1950s tomorrow! In the meantime, feel free to check out some of my other horror movie lists or reviews!