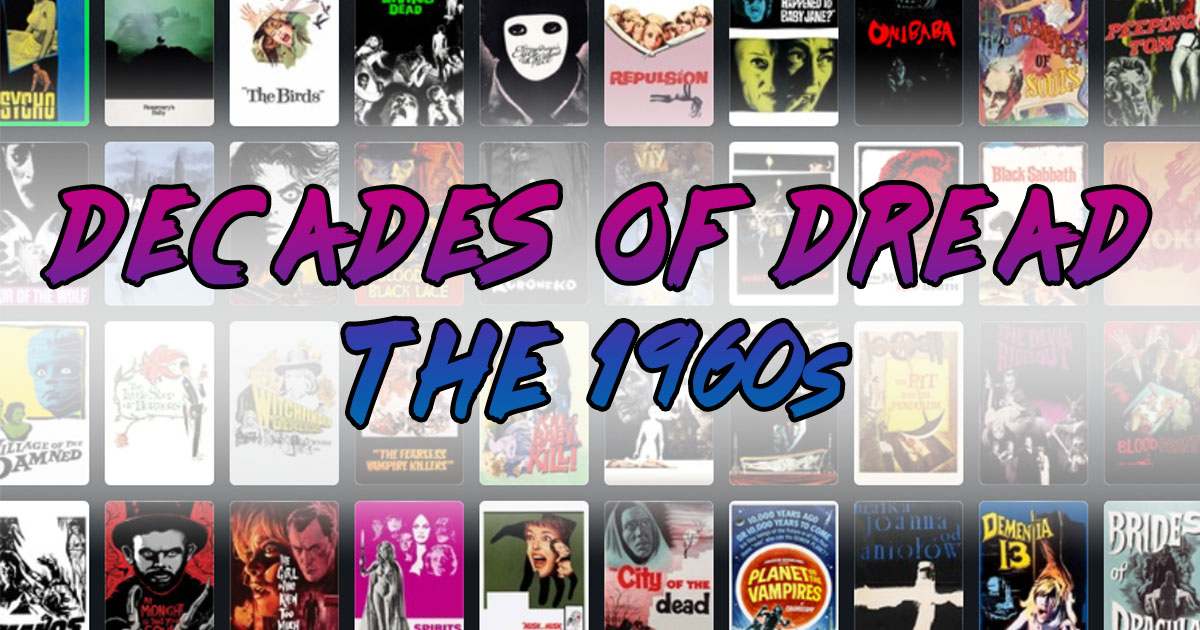 It’s the start of a new week which means more of my Decades of Dread series! As I mentioned last week, for this series I will be sharing some of my favorite films from each decade. It’s my hope that this gives folks some ideas for their #100HorrorMoviesIn92Days Challenge! This week I’m starting with another one of my all-time favorite decades of horror, the 1960s!