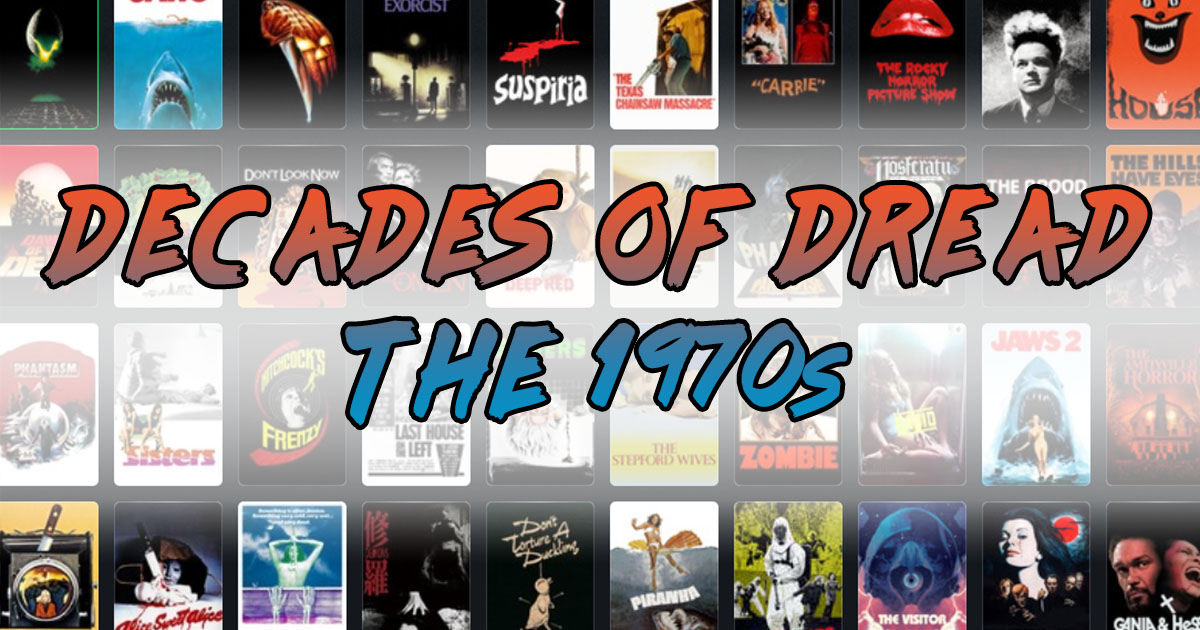 Decades of Dread is heading into more modern horror! The 1970s isn’t a decade I usually think of as my favorite but while putting this article together I realized I like a lot more of it than I thought. A few of the films here may be familiar, however, as with my other posts, I hope this list gives you some new ideas for the #100HorrorMoviesIn92Days Challenge!

I hope you enjoy this list as much as I do! Looking for other movies from the 1970s? Check out Letterboxd’s list! As I did with my other posts, I have also put together a Letterboxd List of 1970s horror. What are some of your favorites from this decade? Let me know in the comments below! This weekend I’ll be posting about my favorites from the 1980s so be sure to check back because I’m sure they won’t be what you expect! In the meantime, feel free to check out some of my other horror movie lists or reviews!