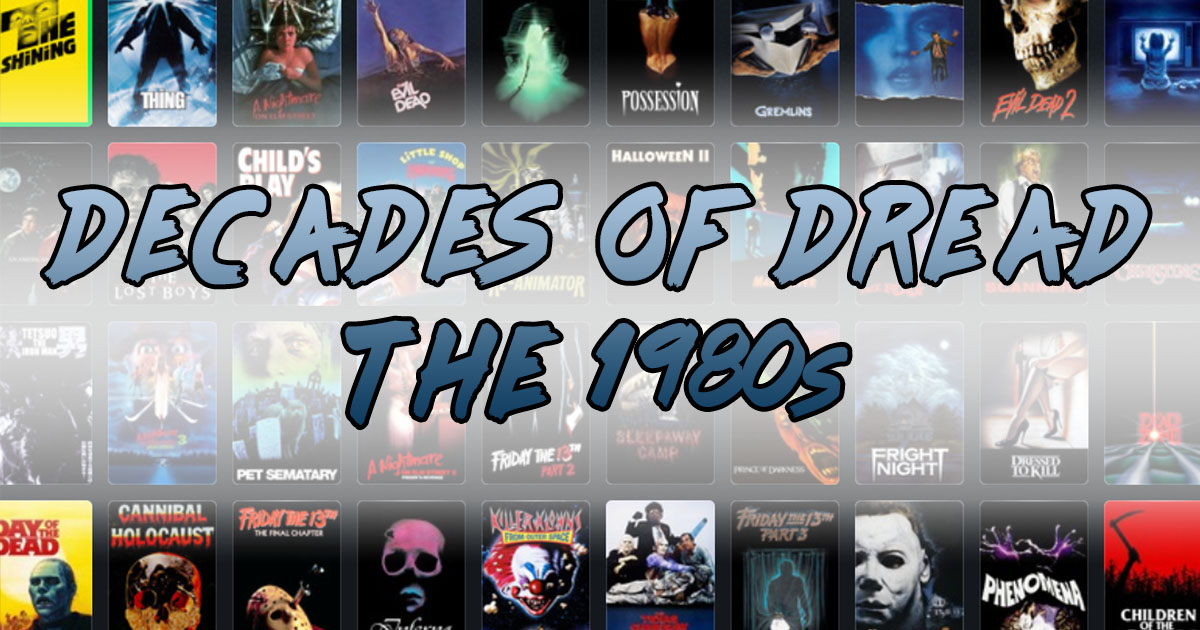 Decades of Dread is heading into one of the most popular decades, the 1980s! Admittedly, as much as folks love 80s horror, it’s probably one of my least favorite decades to watch. There is just too much shlocky stuff for me and I don’t enjoy that overall. As with the 1970s post, a few of the films here may be familiar, however, I hopefully will give you some new ideas for the #100HorrorMoviesIn92Days Challenge!